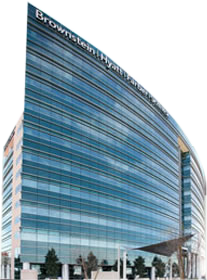 More than 1,000 workers at the business center at 100 N. City Parkway and the adjacent IRS building will have access to 10 sturdy Electra “Townie” bicycles they can use to go to meetings, meals and other destinations in the downtown area. Workers can show their IDs to check out the bikes at no charge from the building’s property services desk and are provided with helmets and bike locks.

“This is a way to connect businesses and the downtown community,” said Richard Worthington, president and CEO of the Molasky Group of Companies. “There’s plenty of parking downtown, but it takes a lot of time. Biking is so much more efficient, and it’s very social. It’s a great way for tenants to expand their horizons.”

Though bike use is restricted to Molasky Center workers, and there are currently no plans to expand the private program to other Las Vegas properties, it nonetheless is a step in the broader push to make the city more bike friendly. The city’s bicycle lanes have increased from about 30 miles in 2006 more than 110 miles in 2012. In April, Mayor Carolyn Goodman pledged to increase that amount to more than 175 miles by the end of the year. Downtown’s Bonneville Transit Center, which opened in 2010, features 100 double-stacked bike racks, bike rentals, a bike repair station and bathrooms, showers and lockers for riders.

“During 2012, the year of downtown, the opening of major landmark facilities and dozens of new restaurants and small businesses has brought increased vitality to the area,” said Goodman, who was on hand for the event. “It’s the perfect time to launch a bike share program to allow those who work downtown the opportunity visit and explore all that’s new in the neighborhood. Plus, it enhances the growing sense of community among those who live and work downtown.”

Public bike share programs have thrived in European cities such as London and Copenhagen and have recently enjoyed success in the U.S. with large-scale programs in Washington, D.C., Kansas City, Mo., Denver, Minneapolis and elsewhere. 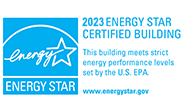